International Week of Actions: March 1 to 7 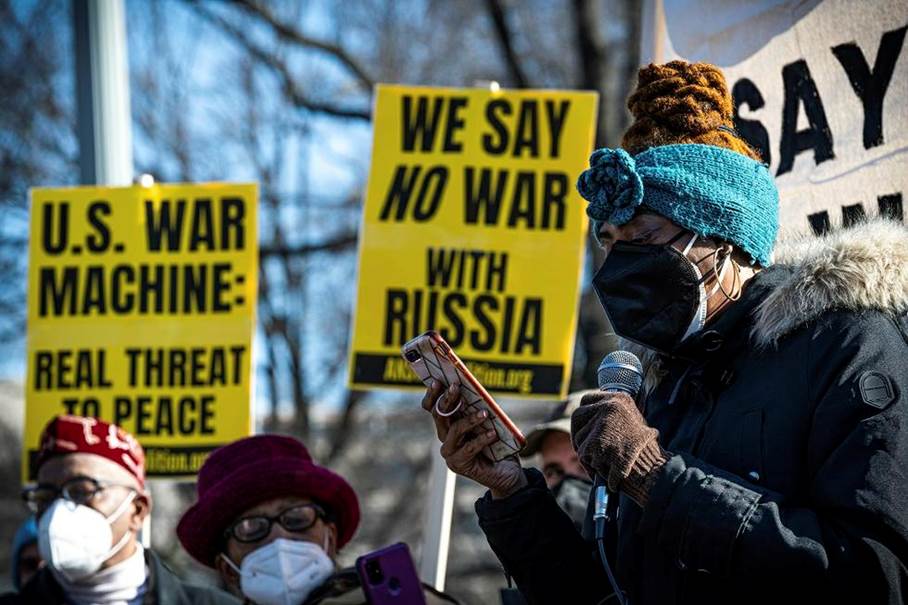 No Wars! No Sanctions! No NATO!

On Tuesday, Feb. 22, more than 900 people, mostly from the United States, met virtually to discuss the escalation of aggression in Ukraine and issued the following call to action. Two days later, the Russian military entered Ukraine and began targeting Ukraine's military infrastructure.

This current escalation and the West's ongoing drumbeats for war, bring us to the brink of a major global conflict between nuclear states. The situation has changed since Tuesday, but the call for peace has not. Now, more than ever, we must make our opposition to wars visible by taking to the streets.

TAKE ACTION:
Please read the call to action below.
Sign your organization onto it.
Submit your action to info@popularresistance.org.
Share this call to action widely.

The conflict in Ukraine has escalated to a dangerous level between two nuclear armed states. The United States and its allies continue to portray the current situation as one of Russian aggression without acknowledging that US-backed Ukrainian forces are attacking the Eastern region of the country and killing citizens of Russian ethnicity.

This current escalation is a serious threat to world peace and requires a unified and rapid response by anti-war organizations from around the globe to stop a major war.

To that end, we, the undersigned groups, have agreed to support a week of international action from March 1 to 7 with the following demands on our governments:

— No war with Russia

— No more weapons to Ukraine and the European Union

— Resolve the current conflict within the United Nations Security Council

— De-escalate the threat of a nuclear war